International Cryogenics is one of the founding members of The American Association of Tissue Banks reproductive council (AATB). AATB sets the guidelines and standards of Tissue Banking in the United States.   We are registered with and follow all guidelines and regulations of the FDA.

The screening and evaluation of the donor is the most important aspect in the current art of semen banking. Accurate and complete records are kept on all donors. These records contain information on the donor's medical history, the medical history of three generations of his family, interviews, physicals plus the results of all testing the donor has completed. These records are permanently on file at our facility.

Donors are selected and screened to provide the highest quality specimens. Donors are tested on an ongoing basis with multiple blood and culture screenings, including HIV for AIDS, Hepatitis, Cystic Fibrosis, Karyotyping for chromosome abnormalities and many others. Extensive fertility studies are performed to ensure the donor specimens meet our high standards. The tests and measurements that are used in completing all facets of the donor screening process are the most valid in use today.

A medical history is completed on the donor and three generations of his family. Donors must have a medical history free of medical conditions that have a probable genetic link. If there is any history in the female recipient's family for genetic birth disorders, which might put them at risk for producing a child with a congenital malformation, they should inform the physician prior to any insemination. With these standards there is less risk of genetic disease transmission by donor insemination than there is in the general population.

In addition to concerns about the health of the baby, many patients are concerned about the risk of acquiring a sexually transmitted disease from a donor insemination.  Very accurate tests have been developed over the years which detect the presence of sexually transmitted diseases.  Each donor specimen is frozen and quarantined for a minimum of six months from the date of collection. During this quarantine period donors are tested numerous times for a long list of sexually transmitted diseases. . The specimens are only released for use after the donor has tested negative for all required STD tests, completed physicals and medical history updates six months after the initial date of specimen collection. Donor insemination provides a safe alternative for patients dealing with infertility.

The American Association of Tissue Banks and ICI strongly recommend that the recipient and her partner be tested for HIV, Hepatitis and other sexually transmitted diseases prior to inseminations. This is for the protection of the

Our sperm bank performs the following tests on all our donors:

The two rules that apply to reproductive tissue banks are:

(These rules are designed to ensure the safety of transplanted human cells and tissues.)

International Cryogenics has always maintained the highest standards in the testing and screening of our donors and is continuing to implement these standards in compliance with the new FDA regulations. International Cryogenics has been registered with the FDA since 2001. (see forms link below to get .pdf copy of FDA) Donor specimens processed prior to May 25, 2005 are not subject to the new FDA rules. Specimens that were shipped to physicians prior to May 25, 2005 are not required to have the updated documentation required by the new FDA regulations. All specimens shipped after May 25, 2005 will include a summary of records including all sexually transmitted disease testing performed on the donor and an interpretation of those records.

Important Information Regarding the Zika Virus

The Zika virus is a disease that is spread to people primarily through the bite of an infected Aedes species mosquito. The most common symptoms of Zika are fever, rash, joint pain, and conjunctivitis (red eyes). The illness is usually mild with symptoms lasting for several days to a week after being bitten by an infected mosquito. People usually don’t get sick enough to go to the doctor. For this reason, many people might not realize they have been infected. Because the symptoms of Zika are similar to those of many other diseases, many cases may not have been recognized. Studies have shown that 80% of people infected with Zika never have any symptoms that they have been infected with the virus. It has also been discovered that men infected with the Zika virus can pass the virus to their sexually intimate partners. The Zika virus remains in the blood of an infected individual for approximately 1 week after exposure but research has shown that it can remain in semen for 6 to 8 weeks or possibly longer.

In May 2015, the Pan American Health Organization (PAHO) issued an alert regarding the first confirmed Zika virus infection in Brazil and on Feb 1, 2016, the World Health Organization (WHO) declared Zika virus a public health emergency of international concern (PHEIC). Local transmission has been reported in many other countries and territories. Zika virus likely will continue to spread to new areas quickly. It is predicted to reach the southern US this spring or summer. The reason it is spreading so quickly is that most people have never been exposed to the Zika virus in the past so they have no antibodies to Zika. Once exposed to the Zika virus the likelihood of contracting Zika again in the future is highly unlikely. On February 5, 2016 the CDC issued an updated guideline for health care providers and women of reproductive age with possible Zika virus exposure. It is very important to counsel your reproductive female patients and pregnant patients regarding the risk of contracting the Zika virus during pregnancy or at the time they are attempting to conceive.

The Zika virus can be spread from a pregnant woman to her unborn child and has been linked to serious birth defects. One is a defect of the brain called microcephaly in babies of mothers who had Zika virus while pregnant. CDC recommends special precautions for pregnant women. Pregnant women and women trying to conceive should consider delaying travel to areas with Zika. It is very important that pregnant women and women that are trying to get pregnant be counselled about the risks of travelling to areas with transmittable Zika virus. They also need to use precautions such as condoms or abstinence if they are having sexual relations with a man that has travelled to a Zika transmittable area or if he has been diagnosed with the Zika Virus.

Microcephaly is a condition where a baby’s head is much smaller than expected. During pregnancy, a baby’s head grows because the baby’s brain grows. Microcephaly can occur because a baby’s brain has not developed properly during pregnancy or has stopped growing after birth, which results in a smaller head size. Microcephaly can be an isolated condition, meaning that it can occur with no other major birth defects, or it can occur in combination with other major birth defects.

In late January International Cryogenics reviewed all donor charts going back to January of 2015 (well before the Zika outbreak) thru to the current date to see if any of our donors had travelled to areas where the CDC has reported Zika Virus transmission through mosquito bites. Donors complete medical and travel update questionnaires repeatedly during the time they are donors at our facility. We found that none of our donors had travelled to any of the locations listed on the CDC website as Zika transmission areas during the time they were donating. We have also implemented the new guidelines the FDA issued in early March 2016. The guideline states that any donor that has travelled to a known Zika transmission area, or has been diagnosed with Zika, had sexual relations with a man that has been diagnosed with Zika or sexual relations with a man that has travelled to a known Zika area, may not be deemed eligible for transplantation for a period of 6 months after the possible exposure. This guideline applies to all anonymous and directed tissue donors. In addition to our sperm donors we have all sperm banking clientele complete a Zika virus risk evaluation questionnaire and provide them with an informational sheet on the Zika Virus and how to avoid exposure. All reproductive age patients male and female should be counselled on how the Zika virus is transmitted and how to avoid possible exposure for the protection of their unborn children.

ART quality specimens are suitable for use in Assisted Reproductive Technologies such as IVF or ICSI as they have fewer motile sperm per vial.

Extensive fertility studies are done on the donors prior to being accepted in our donor program. Each donor specimen is analyzed before and after it is frozen to ensure the highest quality specimens. Sperm counts will vary depending on the lab personnel and the counting methods used by different facilities. The quantity of motile sperm in a vial can range up to 30% plus or minus the reported analysis results for the sample based on variations in the sample itself and in the counting method. Semen is a biologically active sample. Semen is not a homogenous or uniform mixture and counts will vary from one drop to the next. A variation in the count does not indicate that a sample is not suitable for insemination and that a pregnancy will not occur. Studies have shown that pregnancy rates are highest with 5 million motile sperm in an intrauterine insemination. International Cryogenics provides specimens that far exceed that number.

The provided thawing instructions must be followed. Thawing specimens in a different manner will void any guarantee of the specimens. Washed IUI ready specimens can be thawed and used after the correct indicated amount of thawing time has been completed. ICI unwashed specimen can be used for a cervical insemination after the thawing instructions have been completed or they can be washed at the physician’s lab for an intrauterine insemination. If the sample is going to be washed at the physician’s office a pre wash analysis must be performed. We will not guarantee post wash analysis results as motile sperm will be lost during the wash and we have no control of how a sample survives the physician’s wash procedure. Substandard specimens must be reported to us by the physician’s office by phone within 30 days of thawing the sample. Samples that are stored at the physician’s lab for more than 90 days will no longer be guaranteed as we have no control over the possible variation in temperature of their storage unit. ICI will not be responsible for the quality of specimens that are returned for storage and resent for future cycles. If two or more vials will be utilized for one procedure a pre-analysis must be done on each individual vial prior to combining them together. 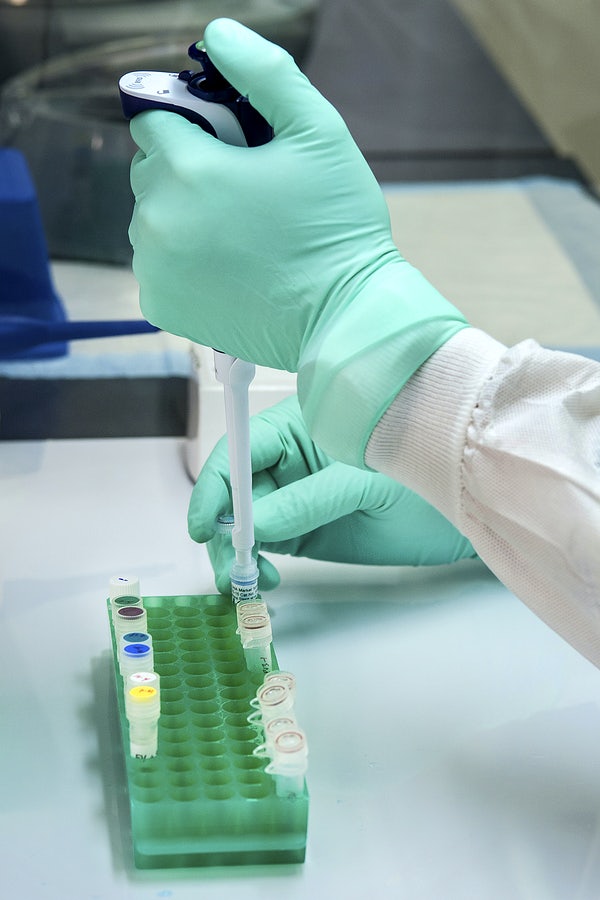